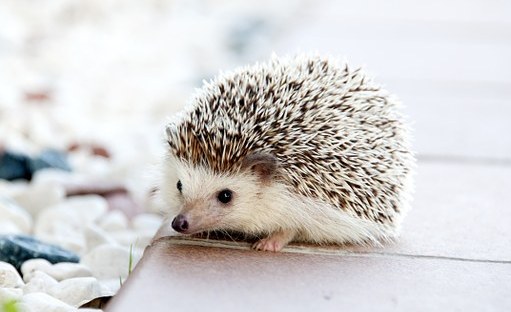 A lot can happen in three months and sometimes the oddest of things can change your life.

When we last met, I say we, I’m presuming it’s just me and the blog here, but hi if you’re reading, I was raising my concerns over the exam season and the effects of poor mental health on our young people.

Life’s been busy at this end and we’re now at a fairly crucial moment for our young people again. There’s been much hype as always for the A Level results and I’m pleased to see many young people that I used to work with getting the grades they need and deserve and subsequently preparing to pack up their parent’s cars and start their lives as Uni folk. A new chapter. We’re less than a week from getting the GCSE results for this year, and I’ll be once again keeping my fingers crossed for everyone, but especially for those at the school I used to work at. Due to my own health battle, I was unable to see them through to this crucial point, but still hold them fondly in mind and heart. They were a good year group and about to start their new journeys too.

I was fortunate enough to be invited to their Year 11 Leavers service and I felt like a proud parent who hadn’t seen his children for 18 months. This gave me the opportunity to meet up with my old Head of Year who I used to share an office with and it was as though we’d never been apart. This turned into a spiral effect as I met up with other colleagues who I had lost touch with and it reminded me that sometimes you can tell your anxiety to shut up long enough that it will listen and let you regain the balance in your life. This has led me being able to once more be in touch with other colleagues from previous jobs and share time together. If you’re in Oxford, head to The Fishes. It was my first experience and gorgeous beyond belief and quite a change from being stuck in the house.

We shouldn’t underestimate social interaction, but when you have anxiety it can be the hardest thing in the world. A recent conversation went something like this:

A: If you ever want to come and visit, I’d love to see you.

Me: It would be great but sometimes, even with the best of intentions, I’ll wake up and Mr Anxiety will stop me from leaving the house. I mean, literally, I won’t have the confidence to open the front door, let alone walk through it.

A: OK, but if you ever feel like that, just come over.

Even when I have managed to get out, it’s amazing when the big A decides he wants to make an appearance. I’ve been running classes and it’s appeared, been delivering training sessions and it’s shouted boo, even taken part in the most amazing acting workshops with a top professional, been mid-scene, and it’s arrived for an encore. Interestingly, over the years I managed to build up such a resource bank, both physically, and within myself to just about cope, and sometimes it is just about doing that, coping. Who says you have to be able to jump around, sing, and dance, and look as though life’s hunky-dory? Just coping and being ‘OK’ is enough. Amazingly, I managed to get through an improvised show in front of an audience, a Whose Line Is It Anyway type of thing, and even won it. I don’t remember winning, just that I did.

Winning and the little victories are sometimes all we can ask for, but when your life is a series of constant heightened states, winning can come in a variety of ways. Being able to return to presenting some outside broadcasts with the hospital radio re-energised me, getting my bike mended has allowed me, even when I’ve not felt like it, to get back out and see more of the city, and finally finishing writing one of my scripts and finding a cast to read it for me has just been magical.

But then, sometimes, something happens that you really can’t explain. Today, I tried acupuncture. It was the first time ever and whilst I had preconceptions, I went with a fairly open mind as the lady doing it was also an Anxiety therapy specialist. I didn’t know what to expect though. When I’d shut up long enough for her to start jabbing me, I proceeded to lay on the bed as these sewing needles were shoved in my face, wrists, ankles, and stomach.

They didn’t draw blood and weren’t that noticeable. She left me for 20 minutes and laying there in the stillness, I wondered whether there was something Harry Potterish that was going to happen and I’d wake up as a real-life porcupine. I was told I’d probably feel tired after. Hmmm…I’d read up a little online that said scientists hadn’t proved the benefits or otherwise, so will admit I was skeptical. Heck, I do 10 minutes mindfulness every day and there didn’t appear much difference laying on this bed.

But then it happened. Even though my eyes were closed, I saw every colour of the rainbow swirl in glorious patterns in front of me and when I woke, I felt rested, but this was a completely different sort of rested than I’ve had for a long time. ‘Hark, a placebo effect’, I hear you cry (go on, do it for me), yet driving home, it was as though somebody had flicked a switch or drained all anxiety out of my body. I can wake up in the morning and ‘come round’ after my mindful moment and be straight back on panic mode. Coming out of acupuncture, I felt as though I’d never had anxiety and never would again.

Will it last forever? Is is effective? Next time I have a drink will it come out of all the pin-prick holes in my body? I’m guessing No, Maybe, No in that order. One thing I can guarantee is that, for a small time at least, there’s a tiny glimmer of hope that I have potentially found something that will allow life to continue in an upward trend, and for that, I can only be grateful, and wear a smile.